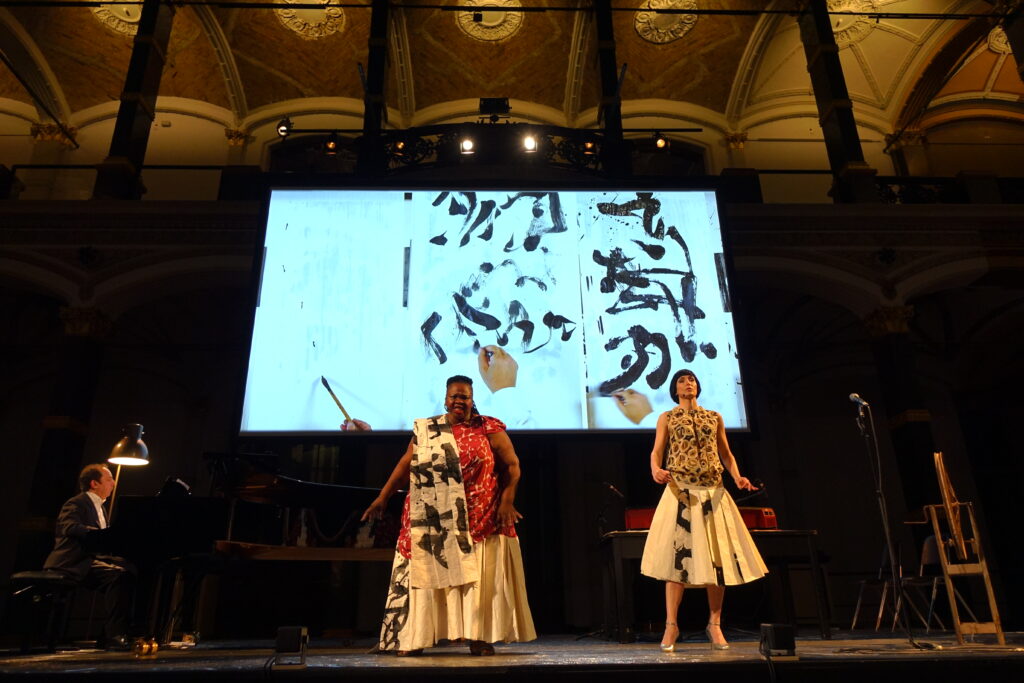 New music for old drawings. Recent music with recent films. New music written for films yet to be made.

One of the ongoing projects in the studio in Johannesburg is exploring the different relationships between image and sound. How a particular sound or piece of music makes you see something differently, and how an image or film or frame from a film makes you hear music differently. This seems to me the only reason for working together between the forms of drawing and music.

There is the obvious relationship of music to film in the mimicking of emotion or energy – a chase having fast music, a romance having the languid playing of a violin – this is an obvious connection of image and music in which the one simply reinforces the other. But there are ways in which music can act as the grammar, the syntax of the films – particularly with the animated films in which the narrative is fragmentary and fragmented. The music gives you a sense of cause and effect: where a new section starts, what causes one event, how to read the narrative of the film. The third way in which the music and the images come together is in changing how you see. There are certain sections of the animation which are so jerky, in which the changes from frame to frame in the drawing are so large, that when you watch the film silently it is impossible to see – all you are aware of is the aggression towards your eye of these images jumping. But if you find the right music – which has to do with the rhythm, a slow wheel of energy turning behind the image – very often the actual looking at the image changes, and what before was impossible to look at becomes slowed down, becomes smoothed out. You are prepared to go on this journey of construction, of turning these static images into the appearance of fluid movement.

I think it has to do with the very specific nature of an image – a cat, a house – and the precision but indeterminacy of music. You cannot say this note is a cat, that note is a horse. There is a way in which one is constantly listening to the music and trying to make a connection between the outside world and what one is feeling and seeing. And this mixture of the very specific and the very indeterminate is for me the heart of the connection between sound and image.

Some of the films in Paper Music date back twenty years, films in which I am using a very simple charcoal animation technique – which I return to every few years. There are now ten films in the series. We look at three of these films – Felix in Exile (1994), Tide Table (2003), and Other Faces (2011) – two of which originally had music written by Philip Miller, for string quartets, for voice, for different instruments – but which now are re-scored and re-composed, sometimes with entirely new music, for the piano and two voices, our ensemble for all the music in Paper Music.

There is also a suite of films and music from a project which looked at my relationship to Egypt, called Carnets d’Égypte (2010) – which included fragments of plagues, of Lully’s opera Isis, of metronomes standing in for Nubian pyramids. 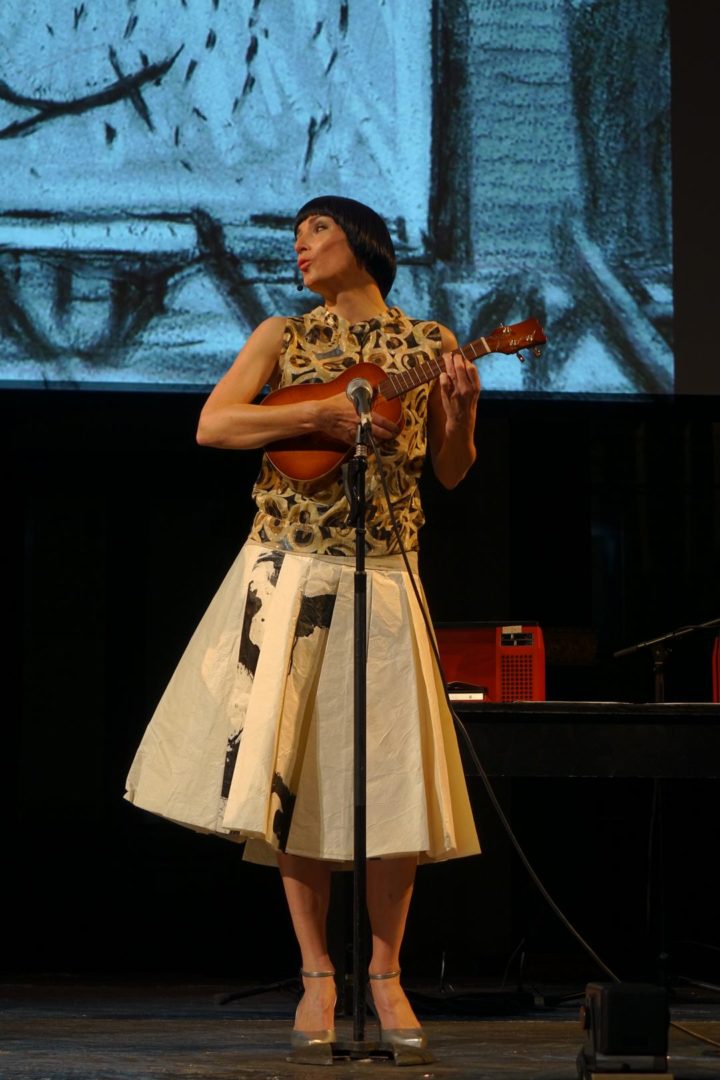 The project The Refusal of Time, which was made for dOCUMENTA 13 in Kassel in 2012, had as one of its needs turning time into some material object one could examine, take apart, put under a microscope and explore. The central way that time became material was in the form of music – music which could be reversed, sent backwards, brought forwards again, slowed down, speeded up, cut up and collaged as one would the pieces of paper of a drawing. Fragments from The Refusal of Time are included in Paper Music. The Refusal of Time was the first time I had worked with Ann Masina and with Joanna Dudley, and found the extraordinary combination between their voices, the music of Philip Miller, and the images that we were making in this essay on time and our relationship to destiny.

Then there is a suite of new songs called Paper Music – sometimes also described as «music for those who should know better» − in which there is a smashing together of fragments of lectures I have given, of texts and phrases from these lectures becoming the libretto of the songs; of starting with impulses of sound from Ann and Jo and Philip and the pianist, Vincenzo Pasquariello, and working from that into images. Taking fragments of films, of papers falling, of the pages of flip-books being quickly turned – trying to find some, perhaps not equivalence, but conversation between the turning of pages and the playing of notes on the piano, of the change of thoughts with the turning of pages and flying of pages in the air, and the pages and voice working together.