Waiting for the Sibyl 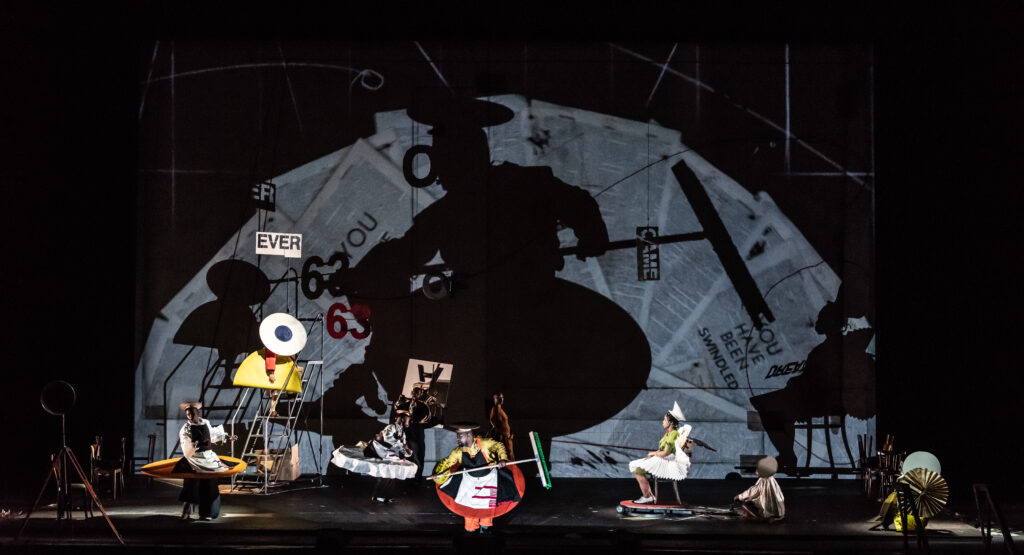 […]
At the end of Dante’s Paradiso there is the story of the Cumaean Sibyl. The leaves blown in a circle around the Sibyl turn into the pages of Dante’s book, which are collected by the wind and brought together in his book.

The story of the Cumaean Sibyl was that you would go and ask her a question. She would write your fate on an oak leaf and place the leaf at the mouth of her cave, accumulating a pile of oak leaves. But as you went to retrieve your particular oak leaf, a breeze would blow up and swirl the leaves about, so that you never knew if you were getting your fate or someone else’s fate. The fact that your fate would be known, but you couldn’t know it, is the deep theme of our relationship of dread, of expectation, of foreboding towards the future. 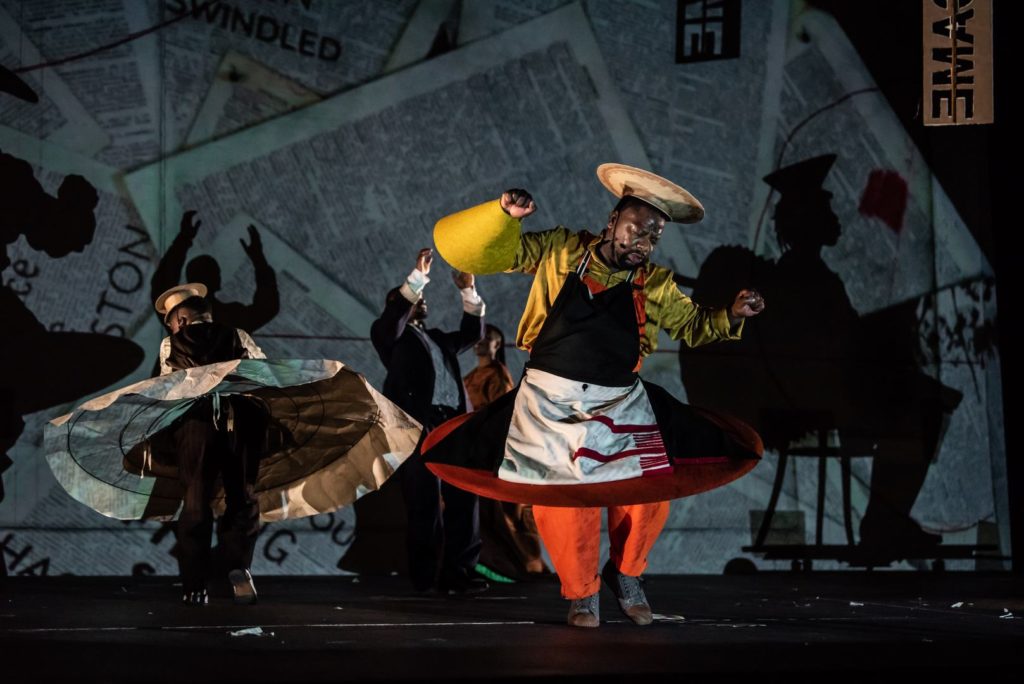 The idea of turning the leaves into pages, and the pages swirling around, brought together the turning sculptures of Calder, and the pages on which I’d been obsessively drawing in the service of making films out of books. Drawing on thousands of successive pages of encyclopaedias and dictionaries, like an impossible flip-book. Instead of taking one-and-a-half seconds as a flip-book would, these would take nine minutes or twelve minutes, and become a film in themselves. This became the starting form for the piece, to think of those leaves swirling around and what future could or couldn’t be known.

The turning sculptures I’ve made in the past have all been ones which have one moment of coherence, when the different components of the sculpture align. From one viewpoint they turn into a coffee pot, a tree, a typewriter, an opera singer. And then, as the sculpture turns, the elements fragment into chaos. This fragmentary possibility of coherence in the world is a theme that I’ve been interested in and which seemed to me connect to the movement of Calder’s mobiles. 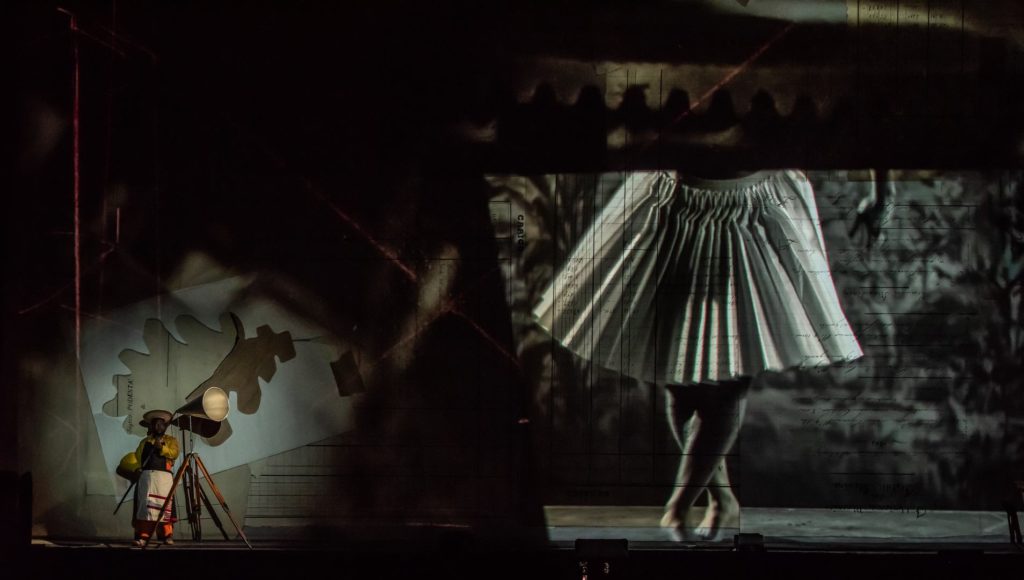 The invitation from Rome Opera was to do a piece which would use only recorded music, not to require an orchestra or chorus or solo opera singers. I tried valiantly to do this. I invited two composers: Nhlanhla Mahlangu, who works a lot with vocals, with singers and choirs; and Kyle Shepherd, who is a well-known South African jazz pianist, to work with me on the project. The astringency in Kyle’s piano-playing seemed to have an echo to the 1960’s Italian modernist music from the Calder. At the same time, something that would root us directly into the human problems of knowing our future, our fates, our agency or lack of agency in our fates, seemed suggested in the work with Nhlanhla and the singers.

But when we had our first workshop in Johannesburg, in which we brought together the singers, the pianist, a dancer to be the Sibyl, costume designer, set designer, videographer, the editor of the animations I’ve been drawing, we discovered very quickly that the magic of the piece was in the live performance of the music. At this point the project became possible to do only if we could have these singers on stage. The piano part in the piece remains recorded as one layer of the music in the piece, layered together with live voices. 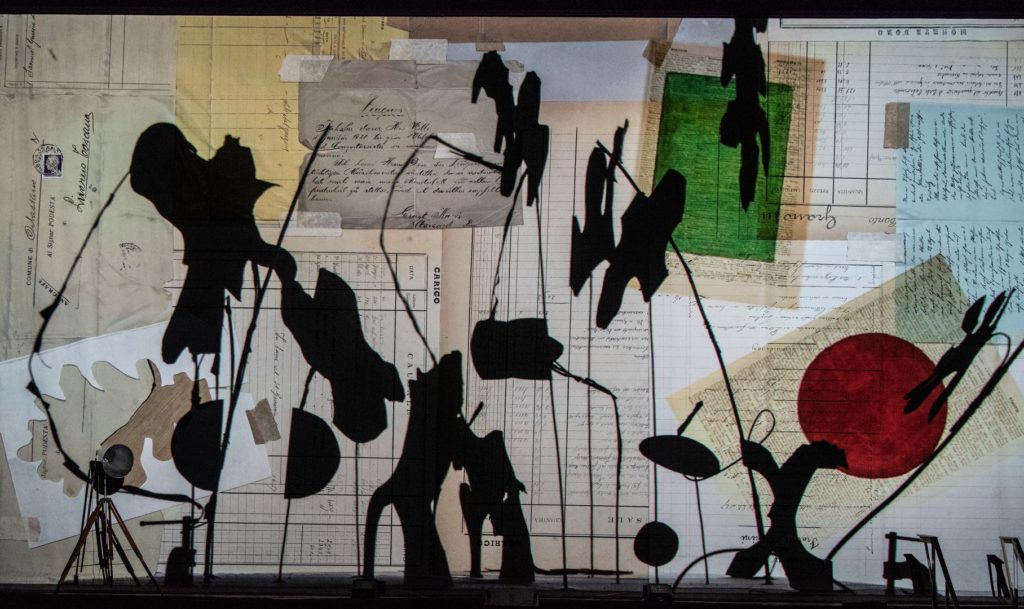 The next stage was to find the questions that were being asked. This was done as a collage. As much as the pages are gathered from many different books, the lines that appear in the projection of the piece, which become its libretto, come from many different sources: from proverbs, from phrases I’ve found in old notebooks of my own, lines of poets from Finland, Israel, South Africa, North Africa, many places in South America and around the world − which are either used as they were or adapted or changed, but which in some way address the question: «To what end?»

Part of the form became the projections of the texts and the drawings in the book and the shadow made in the book by the performer of the Sibyl. Different scenes were added. A scene in the waiting room for the Sibyl. A scene about which is the right decision and which is the wrong one. How do you know which is the chair that will collapse when you sit on it and which is the chair that will support you? Is the plane that you’re rushing to catch the one that will crash or do you relax and not catch that plane and take the next one − and in fact that is the one that crashes? In other words, one wishes to avoid one’s fate, but one knows that one is headed directly towards it. 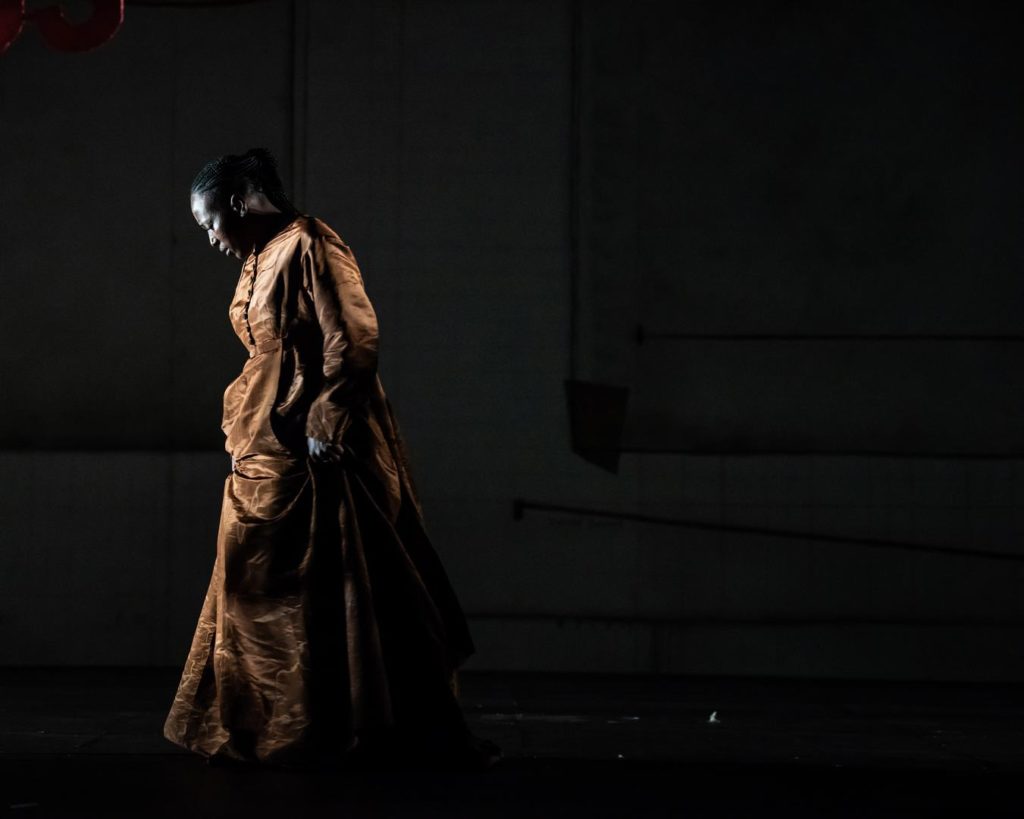 We had two workshops in Johannesburg to develop the material and to rehearse some of the scenes. The final rehearsals will be in Rome in the week before the Waiting for the Sibyl opens, keeping an openness as to what may emerge, even an openness as to what the themes in the piece will be. We started with Calder, we discovered a Sibyl, and we found the questions the Sibyl needed to answer.

Hovering over this, unspoken in the opera, but certain in our heads, was the fact that our contemporary Sibyl is the algorithm that will predict our future, our health, whether we’ll get a bank loan, whether we’ll live to 80, what our genetics will be. But there is a way in which we are still fighting to hold on to the possibility of a human Sibyl: the desire we have for something other than the machine, to guide us in how we see our future.

This text was published for the first time by the Teatro dell’Opera di Roma for the world premiere of Waiting for the Sibyl on 10.09.2019.