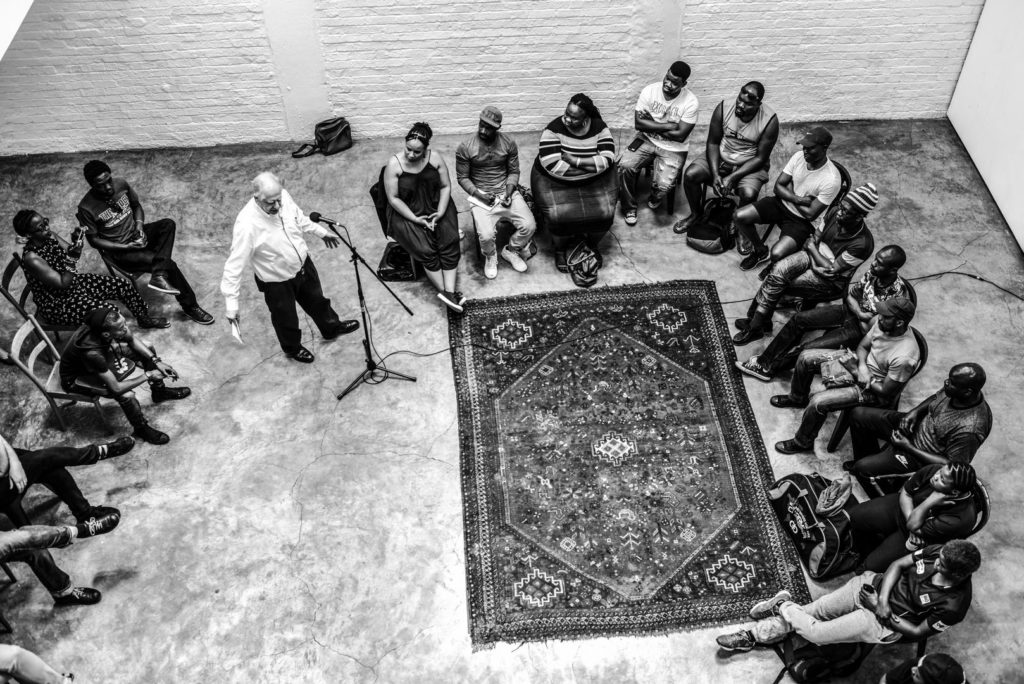 Conceived as a series of autonomous but complementary workshops, Une fanfare Dada offers the possibility to explore different aspects of William Kentridge’s work through the prism of one of his major references: dadaism. The workshop series ends with a jovial stroll from the Grand Théâtre to the Mudam and the Philharmonie, crossing the red bridge and showing the creations developed during these workshops as a lively exhibition.

Grand Théâtre
Body language and Dada parade: learning to express yourself through movement and gestures in order to then delve into a grotesque, colourful, ever-changing performance world.

Mudam
Paper cuttings and Dadaistic collages: creating cardboard sculptures and objects to play music with during the final parade.